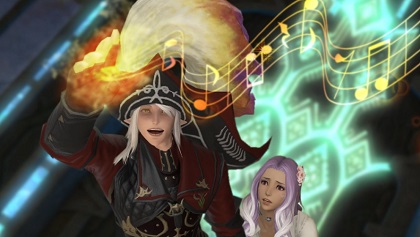 In ancient times, Amon was an infamous, immortal Technologist - one of the legends of the late Allagan Empire. However, when calamity strikes his civilization, he's forced to place himself and the remaining Allagans into a time-locked sleep in order to survive.

Fast forward many ages later when Amon and his people awaken once more. The world has drastically changed, and his kind is now deemed a threat. The heroic Alliance responded by sending a raid to eradicate the last Allagans, where Amon was ultimately defeated ...or so the world thought.

Through his ingenuity and aetheric technology, Amon manged to cheat death. Only, things didn't quite work out the way he planned.

Stripped of his magic and technological resources, Amon must now struggle to build a new life in a time long after the fall of his Empire. And if the people of this modern time discover who he once was, they would likely put an end to the last Allagan threat. 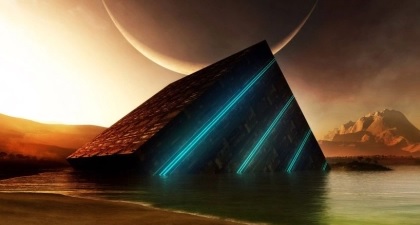 Tad Kouris was a member of the Allagan Resistance that fought for freedom against Xande’s rule. He was there at ground zero to witness the Calamity that befell when the Crystal Tower sunk beneath the earth... and somehow he managed to survive.

After struggling to survive in broken a world newly thrust into the 4th Astral Era (The Forgotten Age), he learns that he's awakened as this age's Warrior of Light - a destiny he neither wants nor understands. However, that he's been blessed with the power called "The Echo" he cannot deny. (What's with these strange visions and voices anyhow?)

Now, he’s been recruited by the last known living Allagan of the royal family, Princess Salina, to assist with a far-flung quest that sends him into the future in order to restore hope to the fallen people of Allag. Little does Tad realize that his Echo gives him abilities far beyond just crystal visions…